An overview of all the services ParaSwap connects too, the one used for the infrastructure, and third party services harnessing ParaSwap's API.

As a middleware, ParaSwap connects to many services to facilitate its users' interactions with DeFi. The main driver of the prices provided are the exchanges supported - displayed in the 💱 Exchanges section.

Thanks to MultiPath 2.0, ParaSwap can interact with smart contracts of DeFi services such as lending protocols - they are listed in the ⛓ DeFi Protocols section.

ParaSwap also implements several services and tools to streamline the experience, such as a price oracle:

Finally, third-party services such as wallet can also integrate with ParaSwap thanks to the API:

All major decentralized exchanges are supported on ParaSwap. When a new exchange is made available - its trading volume is analyzed to determine the integration's priority.

General DEXes provide liquidity enabling the exchange of all types of Ethereum-based assets.

Uniswap is the leading decentralized exchange. Uniswap pioneered the concept of an Automated Market Maker. Thanks to its AMM, Uniswap always find a price for a given trade - at the cost of potentially high slippage if the pool is undersized.

Uniswap's design is minimal and elegant. Since Uniswap's is also the decentralized exchange with the most volume processed to date, (parts of) Uniswap's model are frequently re-used (forked) to create new AMMs.

SushiSwap is a Uniswap fork with updated tokonomics attempting to better align liquidity provider incentives with the protocol's best interest. Compared to Uniswap, the commission earned by liquidity providers is slightly lowered (0.30% -> 0.25%) in favor of a value accrual mechanism on the SUSHI token.

Bancor was a pioneer when it comes to decentralized exchanges, yet adoption was mostly driven by Uniswap. With the upcoming Bancor V2 release, the team promises the elimination of impermanent losses for liquidity providers as well as a liquidity amplification mechanism to reduce slippage.

Balancer built on Uniswap's AMM model and improve it to reduce the risk of impermanent losses making it more attractive for liquidity providers. Unlike Uniswap which defaults to equally weighted pairs (ex: 50% ETH / 50% DAI), Balancer can support up to 8 tokens in a pool with custom weights.

Unlike most DEX, Kyber does not implement an AMM and use instead of an order book logic. While it provides more control to the liquidity providers, it's also more restrictive than an AMM-based model.

Oasis is a decentralized exchange provided by Maker. While it offers fewer pairs than other DEXes, it can provide another potential source of pricing for arbitrages mostly on ETH/DAI pairs.

Some DEX specializes in the trading of certain types of assets - usually the ones following the same peg such as all the USD-pegged stablecoins or wrapped BTC on Ethereum.

Curve improved on Uniswap's Automated Market Maker model to optimize it for the exchanges of assets following the same peg, such as stablecoins (USDC, USDT, DAI, TUSD) or the different representations of Bitcoin on the Ethereum chain (wBTC, renBTC, sBTC).

Curve is very efficient to swap such assets with minimal slippage.

Swerve is a community-driven fork of Curve.

Aave is an open-source and non-custodial protocol enabling the creation of money markets where users can earn interests on deposits and borrow assets.

Compound is one of the first autonomous and algorithmic lending protocols enabling the deposits and borrowing of diverse Ethereum-based assets.

Synthetix is one of the leading decentralized protocol for derivatives on Ethereum. All synths are supported on ParaSwap as well as Synthetix itself. It enables swapping from any token to sUSD (or sETH/sBTC). You can also swap any synth for another without slippage.

Paraswap is part of the Synthetix Volume Program.

Idle Finance is an automated rebalancing mechanism helping users secure the best lending APR on their stablecoins without efforts.

Fulcrum is a DeFi platform for tokenized lending and margin trading. Users can borrow assets, deposit collateral for a return, and leverage their positions. 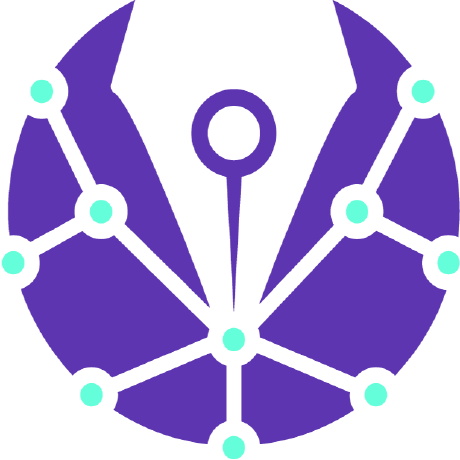